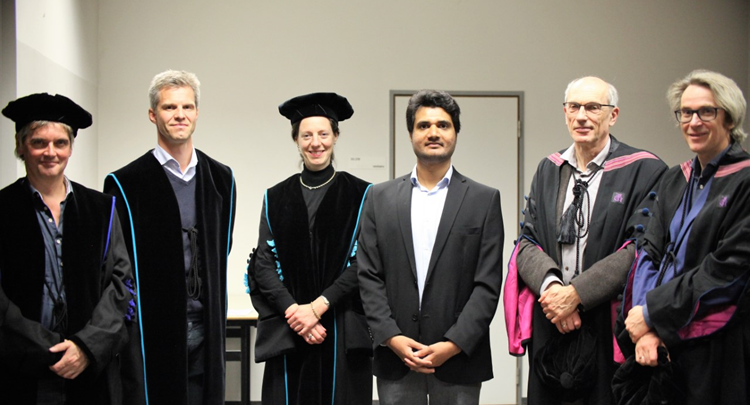 The air we breathe is full of microscopic particles. This particulate matter is very complex, both in size and composition. Different components of particulate matter contain metal oxides, silica dust, and soot particles. Soot particles are a major form of air pollution in the industrialized world. Every combustion engine that runs, barbecues and campfires that are lit, and unwanted (natural) fires release huge amounts of soot particles into the atmosphere.

Among various components of particulate matter, soot particles, such as 'black carbon' (black carbon, BC) and 'brown carbon' (brown carbon, BrC), not only make a very significant contribution to climate change, but there is also evidence that they have a negative impact on human and animal health. According to the Flemish Environment Agency, the average particulate matter concentration in Flanders is around 20 µg/m3 (2020), of which approximately 5-10% consists of soot particles. Our respiratory exposure to soot can be estimated at approximately hundreds of soot particles every minute! There is in fact more and more circumstantial evidence that these soot particles from the lungs are distributed throughout the body via the bloodstream. In contrast to the routine measurement of soot particles in (polluted) air, it is very challenging to specifically detect these small carbon nanoparticles, typically smaller than 1 µm, in (carbon-rich) biological material.

The main aim of this thesis included the development of novel linear and non-linear optical techniques for the qualitative and quantitative detection of soot particles in biological samples. In collaboration with Hasselt University, advanced laser techniques were developed that can specifically illuminate soot particles in biological samples and thereby generate a detectable signal from these soot particles. Specifically, this thesis shows that carbon nanoparticles emit a very unique, intense, and visible light signal when irradiated with near-infrared light that is invisible to us. In addition, this technique was further developed in combination with microfluidics to determine the size of carbon nanoparticles in (bio) fluid samples, e.g. human urine samples. It was further shown that different types of soot particles, e.g. BC and BrC, also exhibit a measurably different signal that can be distinguished using different color filters. Based on these findings in my thesis, it is now possible to locate, identify, and discriminate soot particles in biological samples, e.g. human biopsies. These results are a step towards the development of diagnostic tools that can allow a better understanding of the exact toxic effects of small carbon particles in human body. 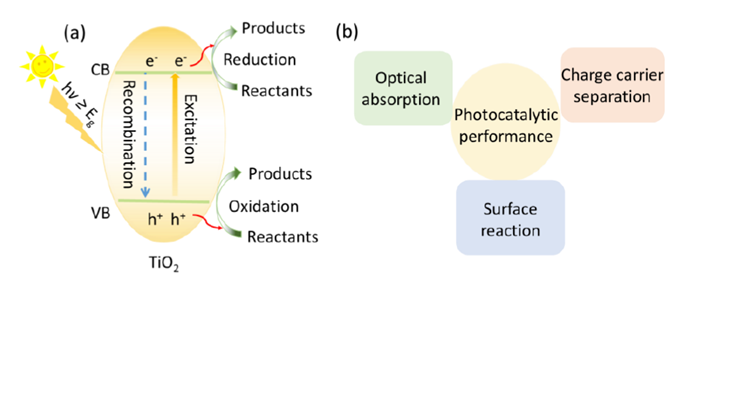 The richness and complexity of physical and chemical processes in perovskites make correlative investigations necessary for a comprehensive understanding on perovskites and their optoelectronic devices. That includes surface, morphology, chemical composition, photoluminescence, electroluminescence, electrical responses and so on. A major drawback of most perovskite materials, however, lays in their instability under operating conditions, which is not a secret. Next to the great importance of surface engineering to in stabilizing perovskites, it is also beneficial in improving their physical properties.Besides the importance of surfaces and interfaces, crystal morphology (in particular at the nanoscale) and local stoichiometry also greatly influence the material properties. By doing the work on surface and interface engineering for perovskite optoelectronic nanomaterials, revenues in stability improvements and in property engineering can be envisaged. Full text : https://lirias.kuleuven.be/handle/20.500.12942/700654

Since its emergence, microfluidics has proven to be a powerful tool in chemistry and the life sciences. Microfluidic devices, consisting of networks of micron-scale flow channels, leverage high surface-area-to-volume ratios and precision fluid control to provide advantages over conventional methods in chemistry and biology. In chemistry, reactions with greater speed, selectivity, and safety can be achieved thanks to fast mixing and efficient heat transfer. In biology, greater control over mechanical and biochemical microenvironments allow cell culture studies with greater relevance to living organisms.

The progression of microfluidics over the past three decades, however, has not lived up to the high expectations that were held at its beginnings. While numerous factors can be identified as bottlenecks in the continued development of microfluidics, one critical element is the need for new microfluidic materials. Microfluidic devices, or “chips,” can be fabricated from a variety of different materials, such as silicon, glass, and polymers, with each one possessing its intrinsic advantages and drawbacks. A material must possess suitable material properties for the microfluidic application at hand, but one must also evaluate its fabrication and cost as factors key to its accessibility and transferability across manufacturing scales. The most common microfluidic material, an elastomer called polydimethylsiloxane (PDMS), possesses numerous drawbacks in its material properties that make it unideal for many biology applications and unusable for many chemistry applications. Moreover, the techniques used for its fabrication are low-throughput, limiting the possibility of large-scale implementation (i.e., a transfer from academic research to industry). A group of materials called soft thermoplastic elastomers (sTPE) have been recently developed for microfluidics, with preliminary reports in literature demonstrating their favorable material properties and transferable fabrication methodologies. This PhD, conducted between academia and industry, focuses on two distinct sTPE materials, Flexdym™ and Fluoroflex, and their use for cell culture and flow chemistry applications, respectively. It aims to evaluate the properties of these novel sTPE materials and capitalize on them by providing sTPE device demonstrations that give scope for broader and more widespread microfluidic applications in these fields. Catalysis forms the cornerstone of the chemical industry, with over 90% of the industrial-scale processes involving at least one catalytic step, mainly carried out using heterogeneous catalysts. These solid materials lower the activation energy of chemical reactions occurring on their surface, enhancing the reaction rate and thus enabling processes at milder operational conditions and with enhanced product selectivity. Furthermore, the material structure's geometrical constraints can strongly influence the nature of the chemicals formed, a feature that can be further exploited to improve the reaction selectivity.

The relevant length scales for the catalytic process taking place at the surface of solid materials span from the angstrom-scale with the molecular bond breaking and formation at the active sites to the size of catalyst particles (nm-μm) and catalyst bodies (mm-cm) used in industrial reactors (m). Most of the actual catalyst bodies used in chemical processes are complex agglomerates consisting of the catalytically active solid held together and shaped with binder materials. The catalyst particles are rarely uniform and often feature local structural and compositional variations. While typical catalyst characterization aims to generate averaged pictures generated through bulk techniques looking at the gram or milligram scale, microscopy methodologies allow identifying material heterogeneities. Shedding light on local structural and compositional variability and understanding their origin enables rationalizing the catalytic performance.

Vibrational spectroscopy offers the possibility to target specific molecules of interest without the need of specific probe molecules such as required for fluorescence-based techniques. Spatially resolving the vibrational modes of interest even enables to spatially resolved molecular processes inside a sample using infrared absorption or Raman scattering processes. Spontaneous Raman scattering is an attractive contrast mechanism compared to infrared absorption as it offers a sub-micrometer resolution and 3D sectioning. However, the intrinsically weak signals generated by this phenomenon limit its use in imaging studies. This limitation is overcome by stimulated Raman scattering (SRS) microscopy, an advanced vibrational technique developed in 2008 as imaging contrast. However, although it is a powerful tool, the application of SRS microscopy has been mostly limited to the study of biological samples up to now. In this work, SRS microscopy assays were developed to spatially resolve the fine details of catalytic materials in individual zeolite crystals. In particular, the orientation of templating agents occluded in the pores of a hierarchically intergrown silicalite-1, and the acid properties of mordenite and ZSM-5 were investigated at the sub-micrometer scale using the Raman signature of organic molecules located in their porous structure. 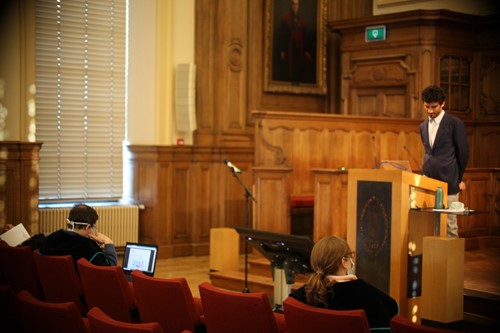 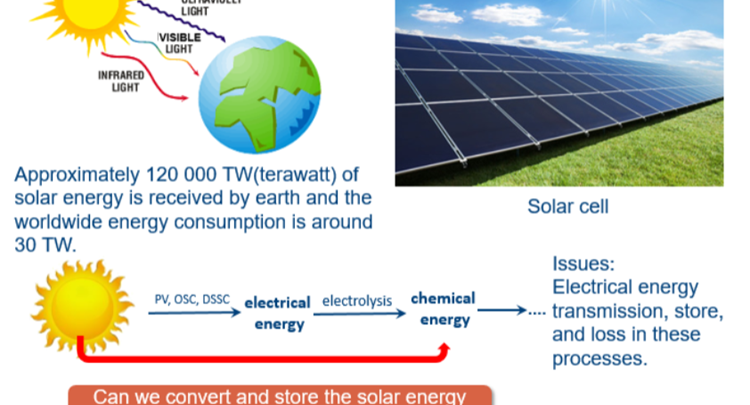